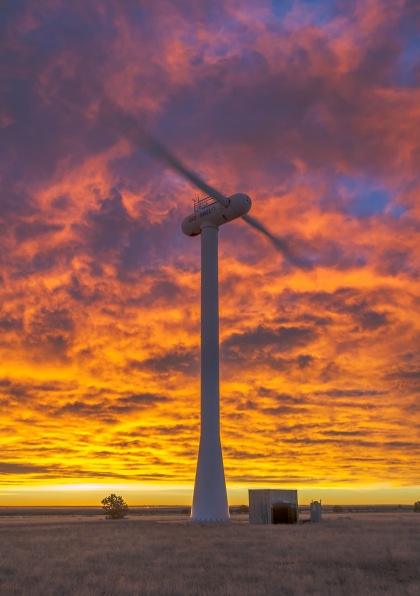 Research facilities at the NWTC include the two-bladed Controls Advanced Research Turbine (CART2).  This turbine will be used in the project to field-test the downwind load-aligned concept and the advanced control systems.  The CART2 is a horizontal-axis Westinghouse WTG-600 model which was heavily modified by NWTC engineers to research and test new control schemes for reducing loads on wind turbine components and for increasing energy capture.  The ultralight blades to be tested will be aero-elastically scaled in full to capture all the key dynamics and angular deflections as would be seen on a 13 MW version in Class II winds.

The Aerodynamics Research Laboratory at the University of Illinois at Urbana-Champaign (UIUC) houses the low turbulence subsonic wind tunnel. The wind tunnel is an open-return tunnel with a rectangular test section that has a 2.8 x 4 ft (0.85 x 1.22 m) cross-section and is 8 ft (2.44 m) long. Test section speeds of up to 160 mph (71.53 m/s) can be obtained via the 125 hp (93.25 kW) electric motor connected to a five-bladed fan. The turbulence intensity of the wind tunnel is less than 0.1%. In recent years, research activities have included low Reynolds number aerodynamics of airfoils and wings, propeller design and performance testing, multi-element airfoil aerodynamics, and airfoil ice-accretion effects.  For the SUMR project, wind tunnel tests will be conducted to measure power and thrust for subscale highly-coned SUMR wind turbine rotors at various wind speeds and rotation rates. The results obtained here will be used to validate aerodynamics models and simulations carried out by the SUMR team. In addition, airfoils designed for the SUMR turbines will be tested at Reynolds numbers up to 1.5 million, and the results will be used to advance the SUMR design concept. 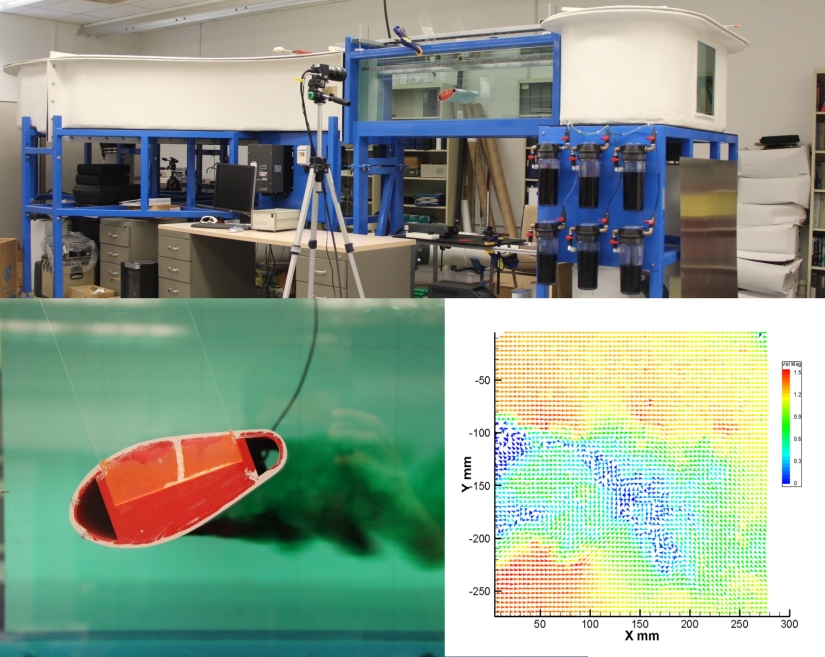 The FRIL Water Tunnel is equipped with hardware necessary for visualization and quantification of fluid dynanmics. The central feature of the system is a water tunnel capable of reaching flow speeds of 0.85 m/s with a transparent test section that is 1.5m long with a test section of 0.38m x 0.38m (top figure). The water tunnel is outfitted with both a dye injection system and a Particle Image Velocimetry (PIV) system. The dye injection system allows for visualization of instantaneous and time-developing flow structures (left figure). The PIV System uses a New Wave Yag Solo laser to illuminate 8-12 μm glass beads suspended in the flow, a TSI Power View Plus camera to capture images, and Insight 4G to process the images, rendering a 64×64 element velocity field (right figure). The Water Tunnel is managed by Carlos Noyes.